Little is the first Spanish SME manufacturer of all-electric cars.

This high-tech company is involved in all the stages of product development. Their efforts in continuous improvement lead them to investigate innovative design, new materials and new devices for v2v, v2d and v2i connections, to differentiate from others and to develop new technologies that may allow them to optimize the electric cars that they manufacture in Little’s facilities in Spain.

Little was established in 2004 as the the first Spanish manufacturers of 100% electric cars. The company was created by a group of automobile professionals as a response to their concern about environmental conservation.

Activity began in earnest in 2010 with the opening of a plant in Mos, Spain.The components that make up Little’s vehicles are assembled in their factory, which allows for high customization according to customer demand.

Little is a clean alternative for travel in cities, coastal areas, industrial estates, and natural areas such as zoos and forest parks. It offers solutions suitable for both individuals and for companies that own and deploy large fleets of vehicles.

Little is currently in the growth phase and is working on expansion in Latin America, designing new models, and developing new technology. 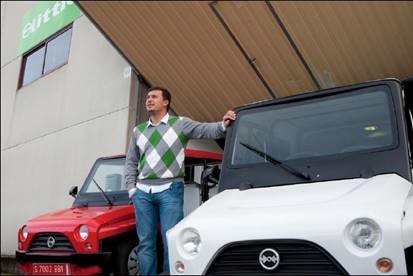 During the IMPACT Connected Car project, Little plans to focus on an app which will allow their fleet management customers to improve connections between vehicle and user and even among Little’s vehicles.